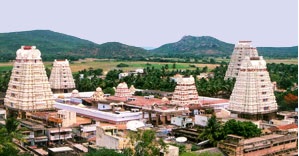 The Portal has been developed as a Mission Mode Project under the National E-Governance Plan of the Government. The objective behind the Portal is to provide a single window access to the information and services being provided by the Tamil Nadu State Government for the citizens and other stakeholders. An attempt has been made through this Portal to provide comprehensive, accurate, reliable and one stop source of information about Tamil Nadu and its various facets.

The content in this Portal is the result of a collaborative effort of Tamil Nadu State Government Ministries and Departments.It is our endeavour to continue the enhancement and enrichment of this Portal in terms of content coverage, design and technology on a regular basis.

About Tamil Nadu:
The State of Tamil Nadu has a hoary antiquity. Though early sangam classics throw historical references, we pass to recorded history only from the Pallavas.

The southern states of India were under the hegemony of the Cholas, the Cheras and the Pandyas for centuries. The Pallavas held supremacy from about the second quarter of the fourth century A.D. They were the originators of the famous Dravidian style of temple architecture. The last Pallava ruler was Aparajita, in whose reign the later Cholas under Vijayalaya and Aditya asserted themselves by about the 10th century. At the end of the 11th century, Tamil Nadu was ruled by several dynasties like the Chalukyas, Cholas and Pandyas. In the two centuries that followed, the imperial Cholas gained paramountcy over South India.

Muslims gradually strengthened their position, which led to the establishment of the Bahamani Sultanate, by the middle of the 14th century. At the same time, the Vijayanagar Kingdom quickly consolidated itself and extended its sway over the whole of South India, and at the close of the century, Vijayanagar became the supreme power in South. However, it crumbled at the battle of Talikota in 1564 to the confederate forces of the Deccan Sultans.