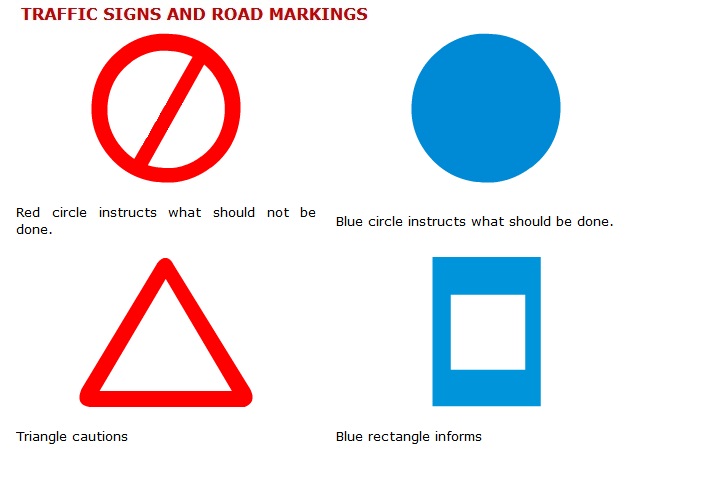 Road Markings :
** Road markings compliment the road signs. Markings are painted on the road to guide and regulate the traffic.
** White paint is used for carriageway markings and yellow is used to mark restrictions.

Hand Signals :
** Hand signals are given by traffic police to control traffic in special/emergency situations.

The city is divided into four sub-divisions (see map) and traffic regulation in each subdivision is done by a traffic team led by a separate Traffic Inspector. The internal administration of the traffic police is looked after by the Inspector (Administration), who is also the Incharge of the Chandigarh Traffic Control Room, from where the toll free traffic Helpline (1073) is operated.Another Inspector is posted as the Incharge of the Challaning Branch located at Traffic Lines, Sector 29, Chandigarh where the compounding fee for traffic challans is received against receipt.